Take a look at these recent email subject lines from the curated daily newsletter theSkimm:

Each of those subject lines represents an edition of theSkimm that included advertising from Chase. 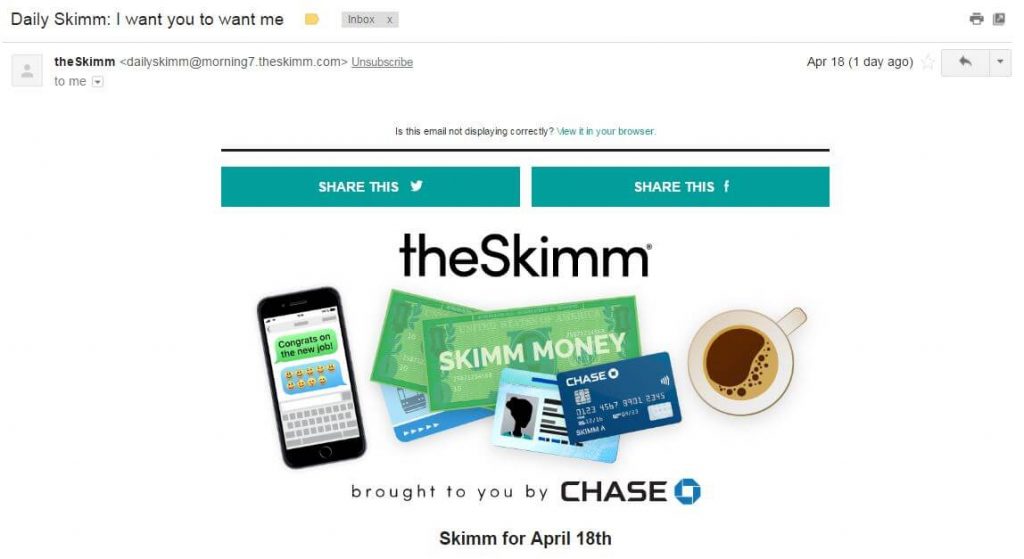 If they sound different from the subject lines you’re used to – “Special invitation!” or “Your Wednesday Briefing” – that’s quite on purpose. TechCrunch describes theSkimm as having “irreverent editorial wit.” An article published by the American Marketing Association (AMA) says the newsletter “summarizes the day’s most significant events in a breezy, casual tone” and notes its “distinct style of storytelling,” that has garnered “a devoted following.”

There’s something happening here: Why Chase chooses theSkimm
That following is exactly what makes theSkimm an attractive promotional vehicle for national brands like Chase, Odwalla, HBO and Buick. How attractive? Consider this:

Happy birthday to @theskimm. One of the best things young people can do to their inbox.
???

But really, it isn’t theSkimm’s celebrity or its audience size that makes brands pay attention. The true superstar of theSkimm readership is its high concentration of Millennials, specifically young, professional women. As reported by Bloomberg Businessweek, “Today, theSkimm’s audience may be modest compared with that of BuzzFeed, which attracts more than 200 million visitors a month, but it represents a coveted demographic. Eighty percent of its readers are women, most from 22 to 34.”

As if a professional and female and Millennial audience wasn’t convincing enough for advertisers, theSkimm audience is also eager to consume the newsletter’s content. It boasts email open rates from 35% (reported by Bloomberg) to “an enviable 40%” (reported by Forbes). According to MailChimp, more typical email open rates are 17.8% (marketing and advertising) and 22.1% (media and publishing).

I want you to want me: Sponsored content that works
If the Chase email banner pictured above was the only piece of its sponsorship of theSkimm, there really would be no story beyond the financial brand finding a vehicle to target a coveted demographic. But the real story here is about content marketing. Specifically: native advertising. More specifically: native advertising done right.

First, here’s how theSkimm does its part: the sponsored content it brings into the fold keeps with the authentic voice and intent of the newsletter. As Forbes says, although theSkimm has been “monetizing its freebie news briefing with advertising for some time, [the] integration has been slick and keenly targeted.” AMA says theSkimm allows “display native sponsorship from brands it believes are highly relevant to its audience.” And Tech Crunch says theSkimm has “figured out how to monetize in a way they say makes sense to a new generation – by being honest about the products they endorse on the platform and utilizing native advertising.”

Now, here’s how Chase gets it right:

1. The right tone
The native advertising from Chase is identical in tone to the rest of theSkimm newsletter. Check out this paragraph it sponsored in a recent edition of theSkimm:

2. The right “reward”
When you click on the Chase email header (pictured at the top of this post) or the highlighted phrases in section of the email “brought to you by Chase,” you do not – I repeat, you do not – end up on a promotions or product page. The links take you exactly where they promise: budgeting ideas housed at Chase’s content hub. Readers access theSkimm for important, relevant information, and Chase never yanks them out of that universe (even though the content is clearly branded). 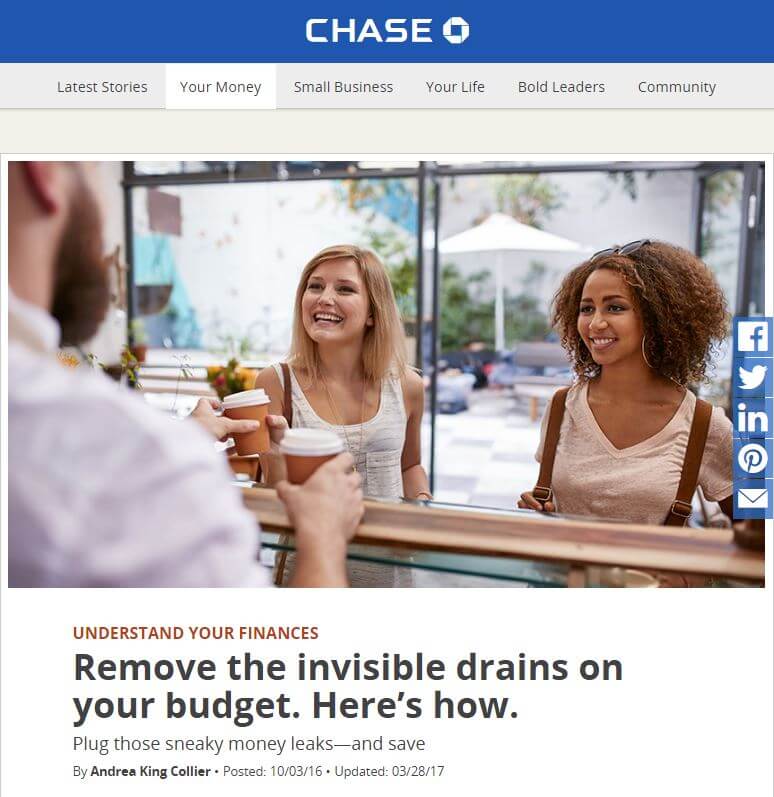 3. The right angle
Here’s another way Chase wins here: it really does want to be an ally when this audience “retires like a boss.” As Contently explains recently in “Why Finance Brands Are Investing More in Educational Content,”

Less overall wealth means a weaker economy [and] less reliable customers… So it’s not surprising to see financial firms increasingly taking the role of personal finance educator—and the fact that it makes for good marketing doesn’t hurt either. Though most financial firms face strict regulations when it comes to providing financial advice, educational content marketing has blossomed as one of the most popular and effective types of marketing.

Contently also points out “the focus is on providing value not just to customers, but the public at large,” which can establish trust and build relationships. The tagline for theSkimm’s daily newsletter is “Making it easier for you to be smarter,” and like other theSkimm content, the Chase content delivers.

Takeaway: You probably think this song is about you
Don’t you? Well, Chase doesn’t. And that’s a very good thing. In its sponsorship of theSkimm, it takes on the ideal demeanor. Its role isn’t to take over the channel: it’s to partner with the channel… to be a contributor not a focal point.

Check out this example of a Chase-sponsored blog post at theSkimm: 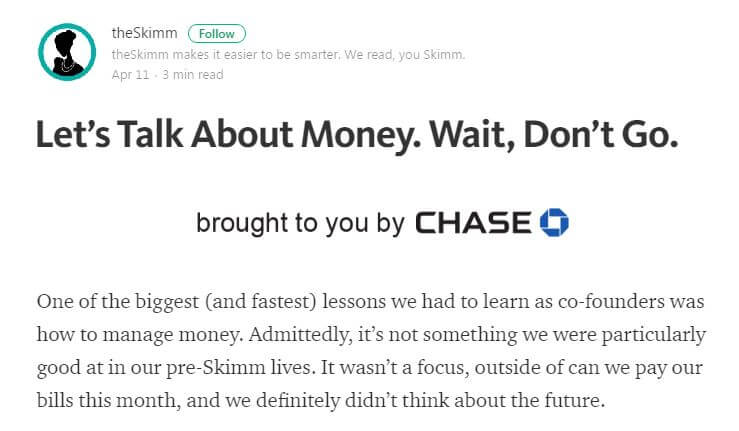 The blog post is written by (or at least in the voice of) theSkimm’s two founders. While prominent, the Chase name and logo are not hyperlinked (in other words, they’re not asking anything of the reader). In addition, there is no mention of Chase anywhere in the copy. As sponsored content goes, that’s fairly unobtrusive.

Millennials get it. As much as they deplore traditional advertising, they know how the world works. They just want you to be honest about it. They understand that branded content is still marketing, but if anything can bridge that trust gap, we think this readers-first, consumers-second approach from Chase and theSkimm stands a really good chance.

Although banks will continue to get more competitive when it comes to technology, they may never be able to beat out all the contenders and sit atop the digital/mobile customer experience. But we don’t intend that as bad news. Millennials want more than mobile apps. They want human connection and interaction, and banks know how to do relationships.

Amex is betting on BuzzFeed’s winning formula for attracting and engaging Millennial consumers, taking advantage of a tremendous opportunity to get in front of millions (and millions) of their eyeballs via some of the Internet's most popular videos… before anyone else does. 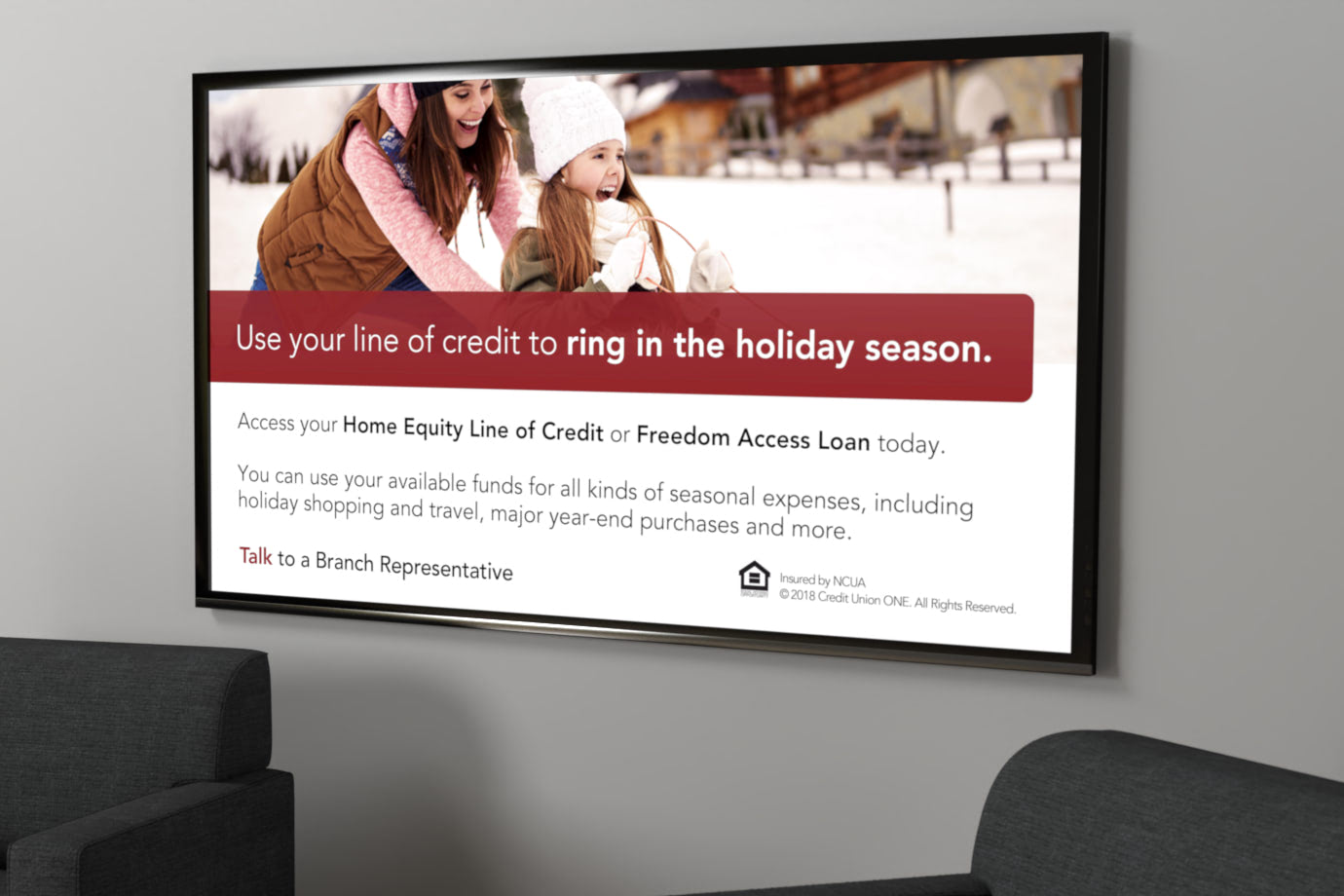 With a mandate to increase acquisitions across their retail lending portfolios, Credit Union ONE turned to Media Logic to develop a wide range of promotions across a broad spectrum of media: direct mail, in-branch collateral and signage, emails, banners, paid search, social and more. 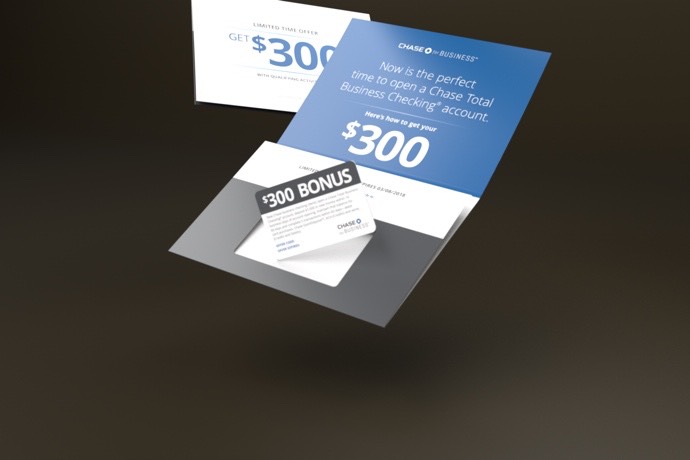 Chase for Business had developed an integrated acquisition campaign to attract small business owners, but it had been in market for a while and was experiencing fatigue.