As Eagle’s fans “overexerted” themselves (to put it politely) celebrating the team’s historic victory, we spent the days after Super Bowl LII deconstructing the good, the bad and the (literally) ugly financial services commercials that ran during “Big Game.” This year, there were mostly veterans on the field, but we did see some new players emerge.

E*Trade
After taking a few years off, the online investing service was back with a new Super Bowl ad, but E*Trade ditched the tried and true talking baby trope for a dose of goofy senior citizens and an eyebrow raising retirement statistic.

It’s all fun and games at first. E*trade shows us seemingly out of place octogenarians doing things that octogenarians are not supposed to do, like fly a plane, deliver packages, jog on the beach Baywatch-style and spin turntables. Hilarious. But then they hold on a frightening stat: over 1/3 of Americans have almost no retirement savings. Yikes! It’s provocative, but is it true? Yup. The lack of retirement savings is causing more Americans to work longer, and the E*Trade commercial is clearly targeting a demographic younger than the stars in this ad. Here’s the closing voice over: “Don’t get mad, get E*Trade, kiddo.” It’s a clear and concise message with a funny hook, and of all the financial services spots in this year’s Super Bowl, it was highest ranked by USA Today, coming in at #10.

Rocket Mortgage
When this app-based mortgage company launched (no pun intended) in 2016, its initial ad campaign (which included a Super Bowl spot, of course) focused on simplicity. Get a mortgage on your phone; it’s as easy as buying shoes. Two years later, Rocket Mortgage was back in the game, repackaging its value proposition with a more sophisticated take.

As the stand-in for the app in “real life,” actor and comedian Keegan-Michael Key helps translate the complex into the simple. Similar to how E*Trade used comedy to convey a truth about retirement savings, Rocket Mortgage uses it to convey a truth about home loans – they are complex and loaded with jargon. The app presents itself as the simple solution to this problem. As a bonus, Rocket Mortgage set up a landing page where Key explains mortgage jargon. Not exactly comedy gold, but still funny and, more importantly, speaking to a consumer pain point.

Turbo Tax
There’s really not much to say about this one:

It makes perfect sense for Turbo Tax to advertise in the Super Bowl, as it has for the last few years. After all, it’s tax season. I give the brand points for putting the unexpected on TV. It’s essentially a gross-out ad aiming to grab attention (I’ll admit to turning my head to it during the break). It has a simple message: don’t be afraid of your taxes; they are not a monster after all. Interesting idea. Bad execution. The ad came 59 of 65 in the USA Today ad meter, just one notch above a similar Turbo Tax spot featuring a ghost in the attic … not a great night for the online tax filing service.

Intuit
On the other hand, Intuit, the maker of Turbo Tax and QuickBooks, had a more unique and humorous approach this year: a TV commercial pretending to be an online pre-roll.

As 15-second brand spots go, it’s not bad. Big logo? Check. Holding on the big logo? Check. Creative that makes you look? Check. However, I found myself wondering why there was an online ad during the game. There’s really nothing to grab onto in this one, except that logo. Oh, and the robot.

U.S. Bank
Super Bowl LII was played at U.S. Bank stadium in Minneapolis, about five blocks from U.S. Bank Tower. How could U.S. Bank pass up the opportunity to advertise in the Super Bowl? But instead of booking the higher priced spots during the game, the brand chose to run an ad just before kick-off.

The spot appears to be part of an ongoing campaign (not created for the game itself), but it’s a cute, quick spot about reaching financial milestones, as told from a dogs-eye view. Of all the “animal genre” ads, I am a sucker for the dog ads. Of course, the biggest boost that U.S. Bank received from the game was having the name of the stadium mentioned over and over again throughout the evening. So, all in all, it was a good night for the brand.

MassMutual
Another pre-game spot was one of my favorites of the night:

Wow. Talk about capturing the zeitgeist! This 2-minute spot gave me chills when I saw it on-air. A combination of birds-eye views and documentary style close-ups combine to tell a series of short narrative stories of people helping people and communities looking out for one another. It is all set to The Pretenders’ song “I’ll Stand by You,” and it closes with the tag line “Live Mutual,” which, coming from an insurance company, could have several meanings.

Launched at the end of 2017, MassMutual was not trying to shy away from the message of the spot. A press release announcing the campaign called it “an effort to change the conversation about the tumultuous year.” The company also launched a microsite that dives deeper into the real-life subjects of the spots, aptly titled, The Unsung. Well done.

Co-brand credit cards are supposed to be extensions of the master brand. It’s considered best practice to integrate elements all while creating a distinct product that consumers will want to use “off brand.” Amtrak excels at this in ways we don't always see.

If you are marketing an airline and lodging co-brand credit card or a bank branded card with travel rewards to affluent travelers, consider focusing on the subsegment called “A Taste of First Class.” Here’s what we know about them (and how we arrived at this recommendation).

As you work to get the most out of your 2018 plans, look to these popular posts for guidance & inspiration. 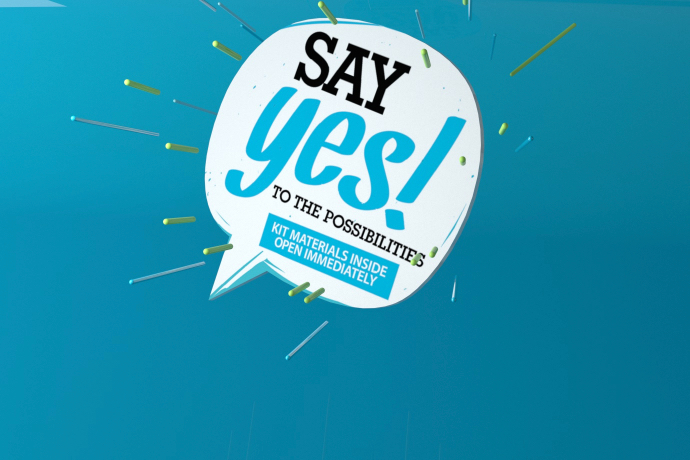 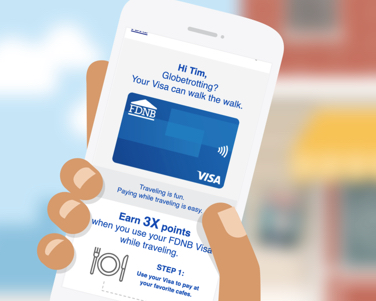