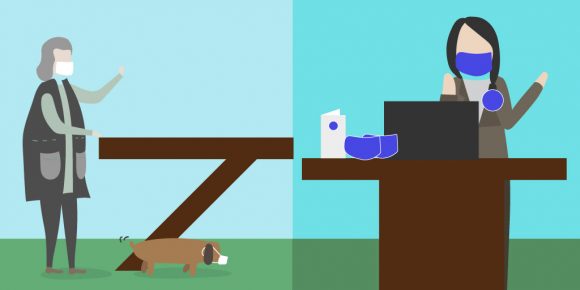 Even amidst the social distancing protocols of COVID-19, people are finding innovative ways to do business and to attain the products and services they need or want. But how will this impact Medicare sales strategies this fall?

In any scenario, a successful Medicare Advantage marketing launch is not simply a matter of lighting up your “Open” sign. It requires significant research, strategic planning and consumer education.

In an effort to better serve our readers, we constantly review which articles are attracting the most attention. Of the dozens of topics of we covered in 2017, a few key trends emerged in healthcare marketing.

Before your marketing team takes a break to look at analytics, assess personnel and prepare for a new AEP season this fall, take a fresh look at your Medicare “age-in” marketing efforts.

It’s time to make resolutions! But not those typical resolutions. If you’d like to lose a few pounds, exercise more or cut your Netflix bingeing in half, more power to you. But here, we want to talk about New Year’s resolutions for the health insurance marketer for 2016.

How can health insurers continue to offer these increasingly popular products without disappointing (or, according to some, outright deceiving) consumers?

Merging hospitals and healthcare systems is a little like making a giant pot of chili. In the end, the pot of chili has become more than the sum of its parts. Each of the ingredients retains its character to be sure, but the combination creates something altogether new and different. Hearty and wonderful.

The sky was perfectly clear within a 50-mile radius, except for that small thunderstorm gliding straight toward Kinderhook, where were filming a TV commercial for MVP Health Care. Up until that moment, everything had been going, well, beautifully.

When we arrived at the schools, food pantries and other organizations affiliated with the finalists, there was palpable excitement. The people at these places had worked hard to get their “champion” into the finals – a firsthand look at the powerful multiplier effect of social marketing.

Last Super Bowl Sunday, Mario Manningham wasn’t the only one make a key catch, Gisele wasn’t the only one to air a few grievances, and Wes Welker wasn’t the only one who dropped the ball. I’m talking, of course, about the “Social Super Bowl” – a look at which major advertisers earned the most social engagement in the days before, during and after the big game. We temporarily aimed the proprietary tools and analysis of Media Logic’s Retail Social Juice Index (RSJI) at more than a dozen top consumer brands to see who would take home the trophy.